Get access to our resource library, rental equipment, members-only mail-outs and more!

To confidently provide applied research and extension to encourage a healthy agriculture industry.

To promote a future in agriculture through improved stewardship.

Members receive annual report, newsletters and other mail outs to keep you up to date.

Members have access to our library and reading materials.

NPARA has a variety of equipment available to our members for rental use.

Our mission is to serve farmers within the county of Northern Lights and the M.D of the Peace #135, and to meet the special needs that results from our unique climatic, geographic and soil conditions.

NPARA receives the majority of funds through project based funding from governments, commodity groups and private industry.

The Canola Council of Canada advises that canola should be sown with high seeding densities and preferably using larger seed size (up to 2.2mm). Moreover, seeding later in the season should be considered rather than seeding on earlier dates. Briefly, greater plant densities produced by high seeding rates compensate for flea beetle leaf damage. More tolerant seedlings to flea beetles have been observed to be affected by seed size and canola sown mid-May to early-June. Late sown less affected by flea beetle damage than canola seeded in late-April to early-May. Currently, there is limited research showing how all these recommendations, acting in conjunction, affect canola production. Therefore, this study aims to evaluate the impact of seeding rate, seed size, and seeding date on flea beetle damage and populations. Furthermore, a split-plot factor analysis will also allow us to examine interaction effects between seeding rate, seed size and seeding date. Further insight on interactions effects will allow us to measure the true flea beetle response to these recommendations, and provide new recommendations based on these possible interactions.

The objective is to evaluate the impact on flea beetle leaf damage and flea beetle population of seeding date (late-April to early-May and second to third week of May), seed size (small, large and unsorted), and seeding rate (112,56 and 168 plant m-2)

Allelopathy is the influence, usually detrimental, of one plant on another, where toxic substances are released when a plant dies or produced through decaying tissue. These secondary metabolites may establish direct or indirect impacts on populations of their own or different species. Allelopathy can a) affect the growth and yield of another crop (Batish et al. 2001) or b) develop autotoxicity, meaning chemicals expelled from plant residues of a species can hinder the growth of seedlings of the same species. Thus, if managed properly, allelopathy can be a great alternative in weed management.

Many of the cover crops seeded to protect the ground have allelopathic properties. Crops such as rye (Secale cereale L.), annual ryegrass (Lolium multiflorum L.), hairy vetch (Vicia villosa L.) and sunflower (Helianthus annuus L) have been shown to limit or reduce the growth of other plant species. Therefore, residues of these cover crops not only provide benefits to the soil but also help to reduce weed populations through allelopathy for the cash crops seeded in the season thereafter. In this experiment weeds were surveyed every two weeks after cover crop mix seeding to observe if allelopathic effects changed according to cover crop species or cover crop mixes. At the end of the season, plots were either roller-crimped or incorporated. The following growing season, canola, field pea and wheat will be sown perpendicular to the direction of these plots to observe if weed populations are still suppressed by the allelopathic effects of the cover crops and their mixes. Further, it will be assessed whether roller-crimping and incorporation impact weed suppression along with allelopathy.

Lightbox link for post with description Incredibly proud of the Monster family and a big...

Incredibly proud of the Monster family and a big congratulations for being our Farm Family of 2022. It was a honour to help present your award. @CofNLights

Lightbox link for post with description Our conference is nearing capacity! get your...

Our conference is nearing capacity! get your tickets now before the Early Bird Deadline of October 31! #ABSoilGrazing22 https://t.co/LbqBCSjPHq

James Rebanks is a farmer based in the Lake District in Cumbria of Northwest England, where his family has run the family farm for over 600 years. James Rebanks runs a 600 year-old family farm.

Don't forget to get your tickets. 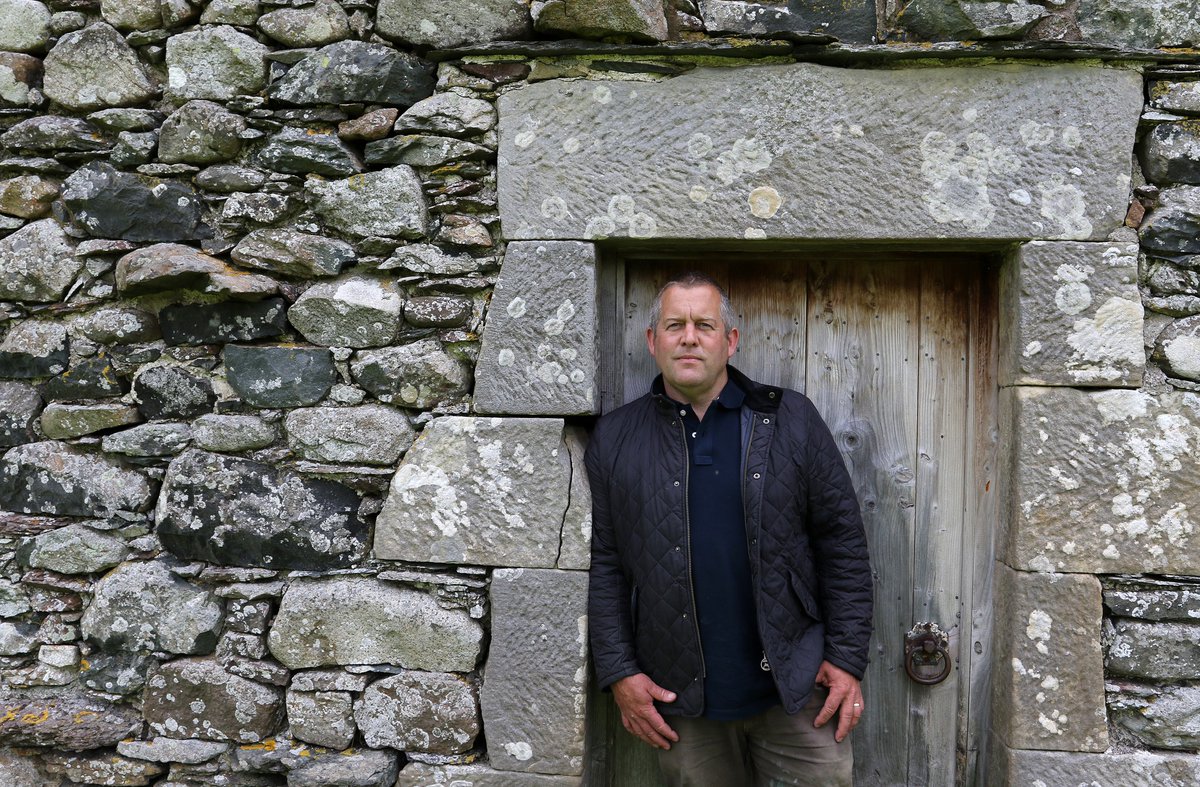 Dylan Biggs (TK Ranch) driving cattle based solely on handler’s positioning. Notice the steady and calm pace of travel on these heifers. Special thanks to Dylan for great demo, and Twin Rivers Brethren for volunteering their cattle! ⁦@TKRanch⁩

#PerennialRyegrass looking excellent underseeded in #canola, thanks to the wonderful moisture. #Harvest23 should be an early one! @BrettYoungSeeds